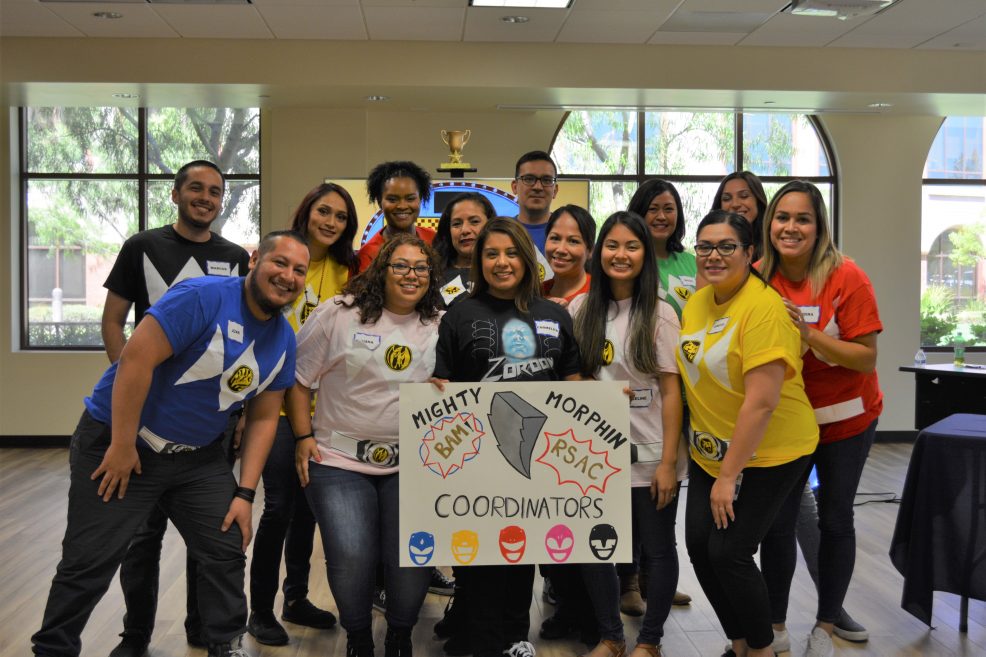 Recently, Service Coordinators from IRC’s School Age and Transition Units participated in an exciting, inter-departmental competition based on one of the nation’s favorite TV game shows, Family Feud!   Here is how it all came together!

When Felipe Garcia (IRC’s Director of Children’s Services) called me five months ago with an idea for a School Age and Transition Unit retreat, he said “Let’s play (IRC) Family Feud.  I want to do something fun!” He insisted that we make it as realistic as possible, and provide a fun environment that would facilitate comradery and team-building— I was all for it!  I knew that the NBC game show was currently filming in Universal City, so I suggested that we take a field trip to check out the show and get some ideas.  The School Age and Transition managers made the drive to Universal City to watch Steve Harvey do his thing and get some tips on how to run our game.  It turned out to be a fabulous day full of fun, laughs, and getting to know each other on a more personal level.

Once we got back to the office, the hard work began.  PM Leigh-Anne Pierce found a computer program that mimicked the screens used on the TV show. PM Anthony Duenez came up with the brackets for pool play. Committees were formed regarding the budget and logistics.  PM Keniece Perscell was able to provide us with questions from the Family Feud board game and a few of us got to work entering the questions into our computers.  IRC staffer David Reyes designed a flyer which was distributed to everyone announcing the big event.  We enlisted the help of our Facilities and IT departments to set up the rooms to look like the set of Family Feud.  We asked each School Age and Transition unit to pick a team name and make a poster for the day of the event.

The big day finally arrived on September 12th!  Teams wore matching colors and some even had special shirts made displaying their team names.  Team names included: The Plastics, The Misfits, Desert Destroyers, The Dinos, The Ballerz, Sunny Field, and The Heat is On.. just to name a few!  Everyone was excited! The Program Managers provided donuts for breakfast. Teams were divided into 4 rooms. Each room had three or four program managers that were assigned a job of either running the computer, judging the answers or being the host.  The hosts did an excellent job of hyping the crowd and getting everyone excited!  The morning consisted of four teams playing a total of six games in each room.  The winners of each room would advance to the semi-finals.  There was a lot of laughter and clapping coming from each room. 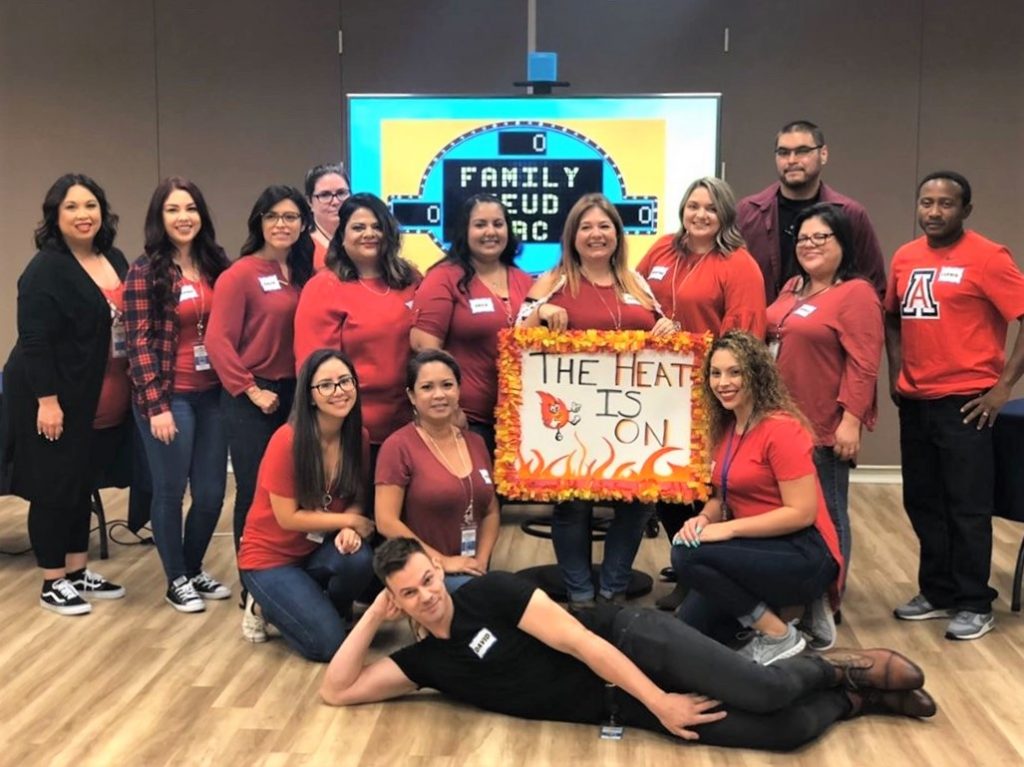 Once the four finalists were determined, we broke for lunch; Costco pizza for all!  After lunch, Felipe hosted a quick game between the Program Managers, where Felipe’s Angels reigned supreme.  Then it was time for the semi-finals. Two games were played to determined who would advance to the Finals with a chance to win a beautiful trophy and a catered lunch from Alfredo’s.  It was fun to watch all of the units cheer on the winning teams.

In the end, The Plastics (West End Transition) won the title. The crowd went wild! I believe that this day was a huge success! I have received a few emails thanking the management team for putting together such a fun activity and have been stopped in the hall several times to be told how much fun the staff had and that they hope we can do it again next year. All in all, it was a very good day!

I would like to give a huge thank you to Felipe Garcia, for thinking outside of the box and coming up with this super fun team building activity, and the Executive Team for giving the go-ahead to make it happen!  I would also like to thank the School Age and Transition management teams for their hard work in putting it together, the Facilities team for setting the stage in four different venues, and the IT team for hanging close by and assisting with technical issues.  And lastly, I would like to thank the School Age and Transition Service Coordinators for attending and making this retreat a success.  Their enthusiasm and creativity are what made this day such a success. 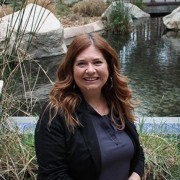 Katie Lee is a Program Manager for the Riverside School Age Southeast unit. She supervises a team of 14 Service Coordinators that serve IRC clients ages 3-16 in Hemet, San Jacinto, and Moreno Valley. Katie’s interests outside of work include travel, hiking, and rooting on the Chicago Bears!