The 2018 Special Olympics USA Games were held earlier this summer in Seattle, Washington. The Games hosted more than 4,000 athletes and coaches in a week-long celebration of sports, acceptance, and inclusion. Athletes from across the country competed in 14 sports ranging from volleyball to swimming to powerlifting.

One of the athletes competing in at the USA Games was IRC’s own Brett Laza. At only 26 years old, Brett is already a Special Olympics veteran having been involved with the organization for the past 14 years. In addition to competing as an athlete in track and field, Brett is also a Global Messenger for Special Olympics. In this role, he gives speeches promoting disabilities awareness and the importance of acceptance and inclusion!  Brett has embraced Special Olympics as an avenue for meeting new people and making friends. But most of all he loves the opportunity to showcase his abilities. 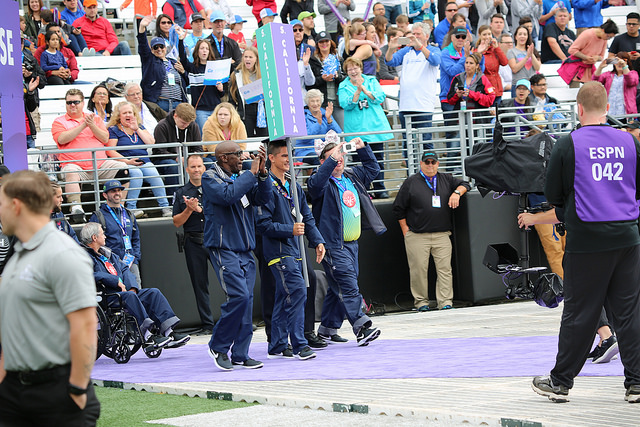 Brett kicked off his week at the USA Games proudly representing California by carrying the state sign in the Opening Ceremonies. An already accomplished athlete, Brett showed his skills yet again, by medaling in three events!  He won gold in the 200m race and shot put. He also earned silver in the 400m, where he clocked in a new personal best at 58.71 seconds. 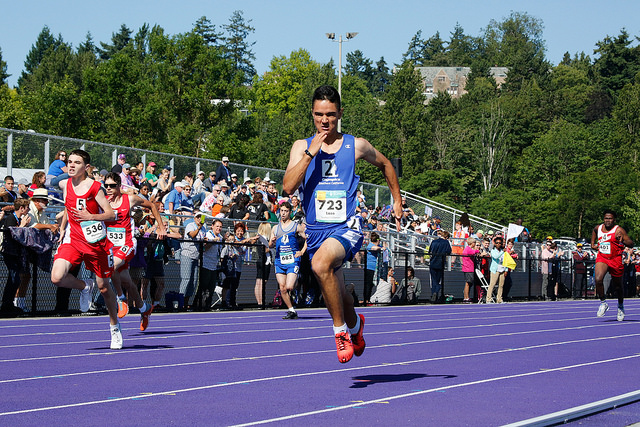 An athlete through and through, Brett keeps a strict training regimen. He spends his Saturdays working on his skills and events with Special Olympics. During the week he keeps his fitness a priority by training with his dad. He also works a physically active job as a Production Trainee at VIP, Inc in Hesperia. He says he likes work that keeps him in shape!

Brett likes to keep active on and off the track. In addition to working at VIP, he is assisting with his dad’s welding business and volunteers often at High Desert Church in Phelan. Brett will tell you he owes his much of his success to the support of his parents. The Lazas have always encouraged Brett to challenge himself and trying new things!

Congratulations Brett! We wish you continued success in your career as an athlete and an advocate.

Check out a recap of the 2018 USA Games at specialolympicsusagames.org.