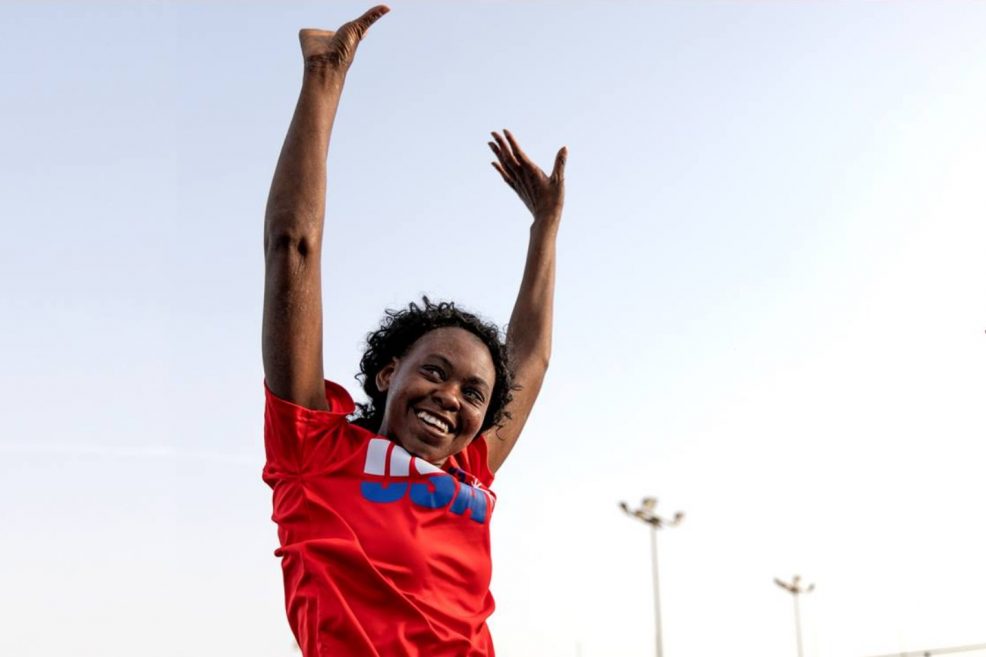 Accomplished athlete, public speaker, and documentary subject: Krystal Johnson is a hard-working young lady worthy of celebrating! Fresh off a whirlwind trip to Abu Dhabi for the Special Olympics World Games, I had the chance to meet this athletic powerhouse and learn about her experiences as a Special Olympics athlete and Global Ambassador.

When you ask Krystal, which sports she plays through Special Olympics, the list goes on and on! Track and field, floor hockey, bowling, gymnastics, tennis, and volleyball. A well-rounded athlete, Krystal has medaled at both the national and international levels. She won a gold medal in the 200m dash and silver medal in shot put last summer in Seattle at the Special Olympics USA Games. In 2009, she played on a bronze medal volleyball team at a national competition in Ames, Iowa. Also, in her career, she received a standing ovation at the Staples Center for her gymnastics floor routine. This year, Krystal had the chance to shine at the international level playing tennis.

Krystal Takes to the International Stage

Krystal’s trip to Abu Dhabi this spring was her first time competing on the international level. En route to Abu Dhabi, she traveled to New York to meet up with fellow athletes from Team USA. While in the United Arab Emirates, Krystal and the USA delegation were treated to an array of excursions and activities outside of competing.  An amusement park visit, embassy dinner, sand boarding, dune buggy rides, and a visit to the Grand Mosque just to name a few. The delegation also partook in Host Town activities learning about local culture, food, language, and customs.

All fun aside, Krystal was there to compete. She competed against opponents from Egypt, Bulgaria, and Italy in her quest for a medal. Krystal shared with me, “My favorite thing about Special Olympics is competing and trying for a medal.” And that she did.  She brought home bronze in singles, and in doubles, alongside her partner Mark Hanson.  When I asked her to tell me about her strengths as a tennis player, she said “My serves are so good” and that she “always covers her partners back and the net.” A threat on both offense and defense!

Krystal’s mom and training partner Delia says it’s her daughter’s drive that allows her to perform on the world stage. She said, “Krystal always raises her level in competition. I really appreciate how hard she practiced and the effort she put in. She really worked and gave it her all.” Delia also noted that Krystal has always had a competitive spirit and a willingness to try new things. 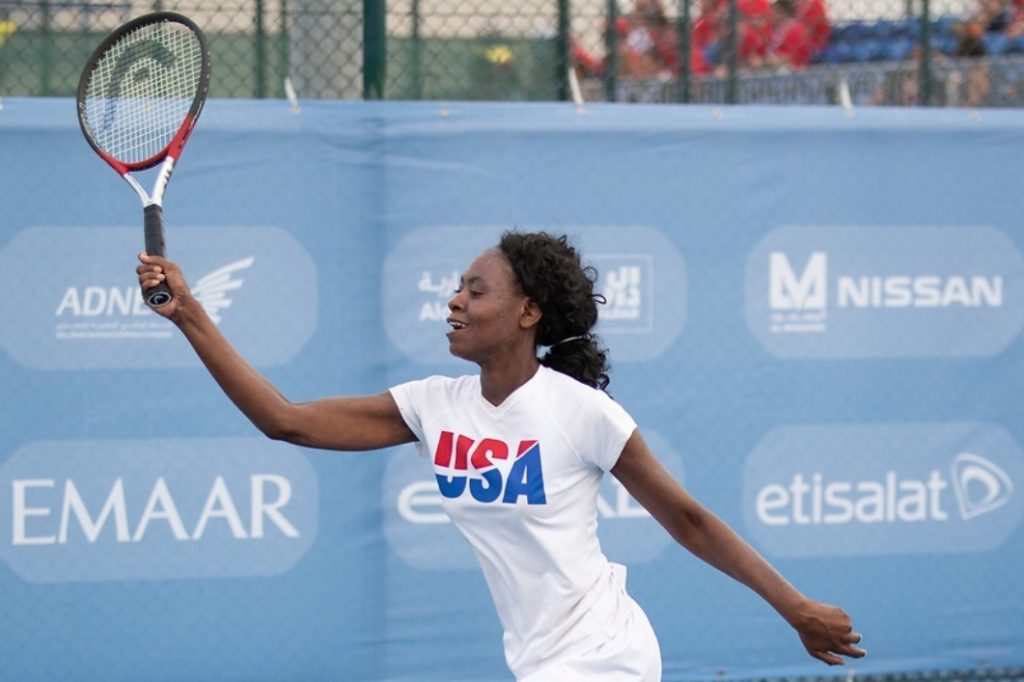 In addition to being an accomplished athlete, Krystal also serves as a Special Olympics Global Messenger. Through public speaking engagements, Krystal promotes disabilities awareness and the importance of acceptance and inclusion! She has been a Global Messenger for 12 years now and is a seasoned public speaker. Her engagements have included speeches for law enforcement agencies, Special Olympics corporate sponsors, local service agencies, and more.

She speaks so affectionately when talking about Special Olympics. Krystal told me “Being in Special Olympics is good because you get to meet new friends, play other sports, and play for fun! Even if I don’t win, I know I did my best.”  She is also a big fan of the Special Olympics coaching staff, including her tennis coach Mike Laza, “I like the coaches. They are there for me. They help me out.”

When I asked her what advice, she would give to a new athlete, she said, “Keep trying. Don’t give up. Play through it. Whatever place you come out, be happy.” An ambassador indeed! Her passion for Special Olympics is what made her the subject of two documentary crews, one from Abu Dhabi and one from Special Olympics leading up to this year’s games.

Best of luck to you Krystal in all of your endeavors, on and off the court!