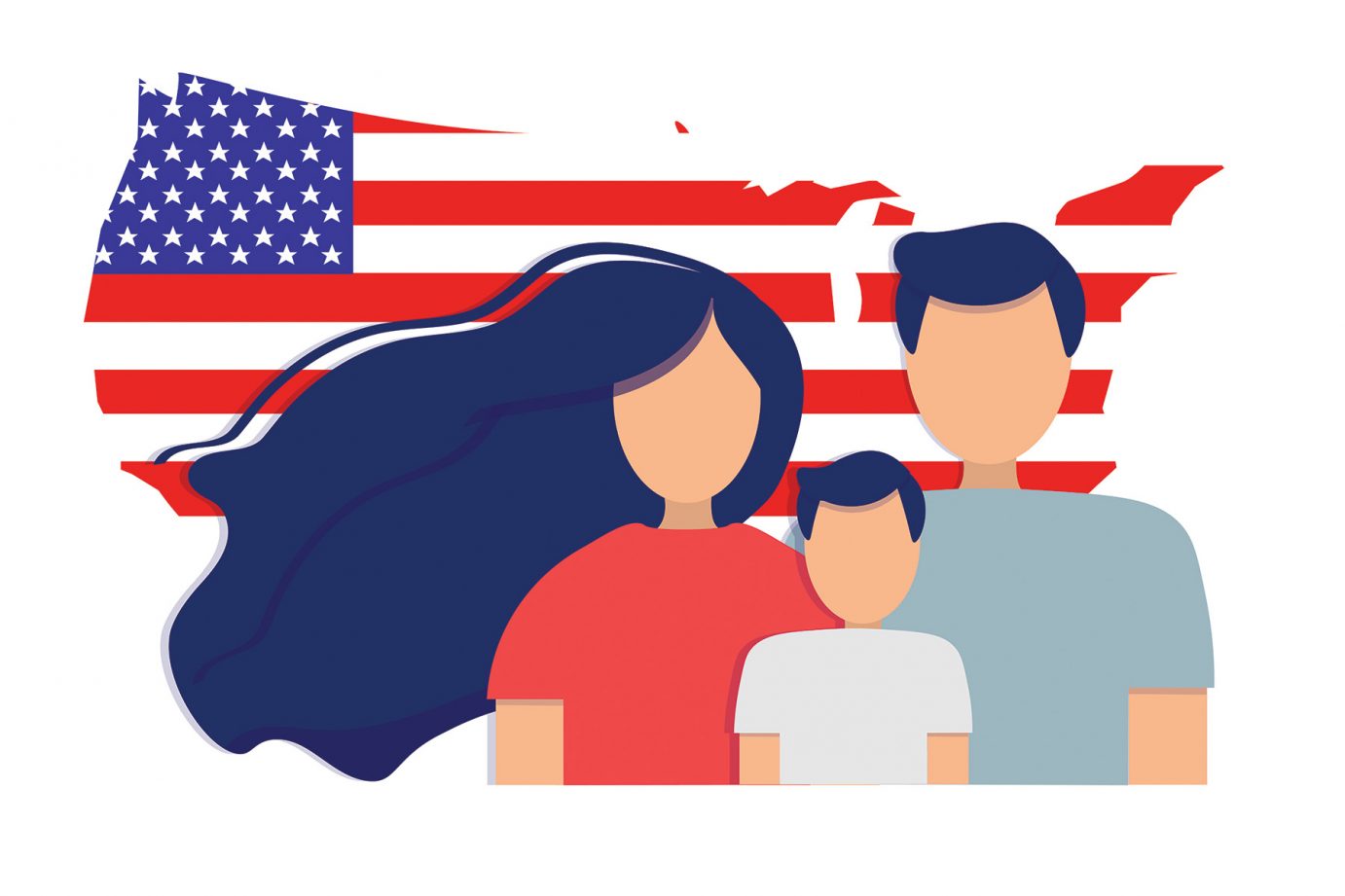 At IRC, we think it is so important that all members of the community are counted! When we participate in the Census, we give legislators, local agencies, and social service organizations the information they need to understand and develop the resources and programs needed in our communities.

As an agency, we understand that there may be some hesitance to respond to the Census survey, especially among the Hispanic community. IRC Cultural Specialist Lilliana Garnica met with Spanish speaking support groups to collect questions from the community about the Census. She then sat down with Karla Lopez del Rio, Lead Partnership Specialist for the US Census Bureau to ask those questions. 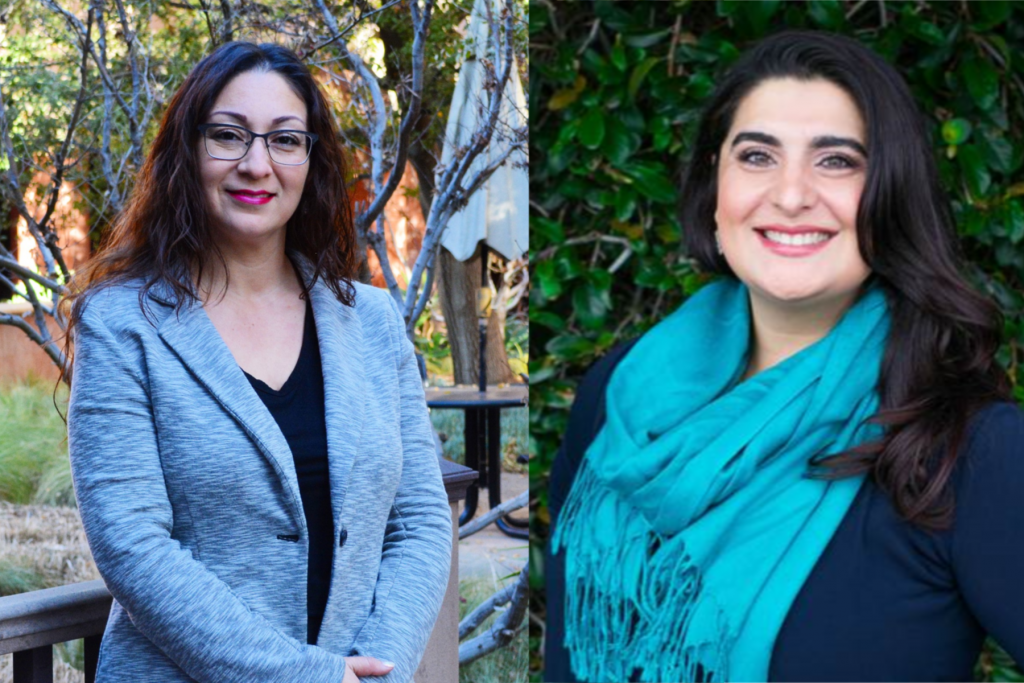 IRC Cultural Specialist Lilliana Garnica (LG): What is the Census and why is it important to participate?

Census Bureau Karla Lopez del Rio (KL): There is a Census every 10 years in the US, since 1790. The goal is to count everyone who lives, works, or goes to school in the US. This includes children, seniors, and people with disabilities. We want to know where people live, the characteristics of our communities, and what resources are required.

It is important to be counted because the federal government distributes political representation and community benefits based on Census information. Congressional seats are based on population determined by the Census. Taxes to pay for community projects and programs are also distributed based on Census data.

LG: What types of questions can people expect to see in the Census?

KL: The questionnaire is about 10 questions long and not very invasive.

LG: Why does the Census ask about income?

KL: The Census 2020 does not ask about income. That is a question in a survey called the American Community Survey.

After that, we begin counting those that live in what we call, “shared housing.” For example, people with disabilities that live in group home settings, foster homes, etc. They will be participating in the Census in mid-February.

Then, April 1st is the official start of counting the public in general. First people will receive, in the mail, an invitation to respond to the Census. This will be the first time in history that we will be able to respond online. If people prefer to answer by mail, they can answer via the questionnaires they will receive. All the information will be in English and Spanish. Additionally, 12 languages will be available online/phone and we have 59 total languages available in print.

LG: The community has heard that if they are living in the US undocumented and they provide their information, like their name and address, that it can be used against them and send this information to immigration/law enforcement situations resulting in deportation.

That is completely incorrect. I am Latina and I understand that there is fear in our community about answering the Census— and there is a lack of information. I would like to clarify that the information we collect is 100% confidential. Constitutional law protects our privacy rights. The Census Bureau will not share personal information with anyone else. The law is called Title 13 and it was passed in 1940 because in the past Census information was used in a way it was not intended. This law now gives us the ultimate protection under the law. Your personal information cannot be shared with any agencies or government officials. At the end of our census count, we submit aggregate reports with statistics based on the information collected. But we never include information like names, phone numbers, etc.

LG: So, Title 13 protects our personal information concerning the Census. What is the consequence if a census employee were to share that information?

KL: Every person who works for the Census Bureau has to take an oath where we state that we will never share the information that we collect. If someone were to do so, they can face 5 years in prison and a fine of up to $250,000. And those penalties are per offense.

We at the Census Bureau take great pride in the confidentiality of our work. We understand the importance of our roles in collecting data that affects our communities. We want people to know that we have the best intentions at heart.

LG: Let’s talk about what this data is used for.

KL: Census data helps determine where we need more schools, hospitals, roads, programs, etc. If people don’t respond to the Census, the resources available will not be able to properly serve the community. Not answering the Census can really affect us long term.

People with disabilities, for example, are served by organizations like Inland Regional Center. The funding made available to agencies like IRC is based on Census data. We understand that people with disabilities may have additional barriers to respond to the Census. They can be visual, cognitive, physical, etc. It is important that we as a community assist them with answering the Census and that they are counted so that the federal government is aware of their need for resources.

LG: Thank you for making that point. We often see don’t see the true benefit of participating in the Census. I think that can really open our eyes to why we should respond. On that point that everyone should respond and be counted. Can you give us more information about who all should be responding? And can you talk about how immigration status comes into play?

KL: Literally, everyone who lives in the home should be counted, including babies! Babies are one of the groups that are least accounted for in the Census. Babies and children require resources just like adults! So, we have to count them. We count babies, children, adults, seniors. We don’t want to forget anyone.

LG: We have been talking quite a bit about the community resources that are affected by the Census data. Can you give us some specific examples of state and federal programs that you are referring to?

KL: The federal government collaborates with the government in California to provide funds to augment state budgets. A great example is Inland Regional Center, which receives both federal and state funds to provide client services.

California receives $115 billion annually from the federal government. This large budget is of course based on the fact that we are the most populated state in the US. At the same time, we have a large number of Latino Californians, who often do not respond to the Census. Latinos are what we call a “hard to count population.” Other hard to count populations include seniors, people with disabilities, and the LGBTQ community.

I think often people don’t realize that when they are not counted in the Census, it not only affects the community, but it affects us personally. Some of the programs based on the Census are life-changing, including medical assistance programs, Supplemental Nutrition Assistance Program (SNAP), Supplemental Nutrition Program for Women, Infants, and Children (WIC), Head Start, school breakfast/lunch programs, disability programs, energy assistance, and so many more.

Some of these programs I have used during my own life, so I am very passionate about this subject!

LG: Let’s change lanes a little here. The community would also like to know if the Census will be sending representatives to their home. If so, will it be just one person or multiple people?

KL: I would like to take the opportunity to say that we are currently recruiting enumerators. These are summer jobs that pay $15-$18 an hour. And the work is flexible! We are looking for enumerators in our communities because it is easier for neighbors to count one another.

Regarding representatives coming to the home, there will only be one person that ensures that your block is counted. These people have official credentials to prove they are from the Census. If at any point someone feels uncomfortable, they have the right to call us and report strange activity. Phone numbers to contact us can be found at census.gov. Representatives will be coming between April and June to do the official count.

LG: A follow-up. Will the person have a uniform in addition to their ID?

KL: I don’t have information about a specific uniform. It is still early, and we haven’t received any information on that yet. What I do know is that we have our ID’s as well as a laptop or iPad to take the count. We typically have a Census bag as well.

If you believe someone is trying to pass as a Census official, you can ask for their name/card and ask them to return at a later time. And you can then call our phone number for assistance.

LG: Is there any advice on what someone should or should not say to a Census representative?

KL: Only that you make sure you feel comfortable. And that you call us if you have any questions. We ask that you answer the questions based on the facts and information that you receive from the Census Bureau and not things that you have maybe “heard” from a neighbor or friend, that may or not be true. We as Census staff are part of your community and we would like to help make sure everyone is counted. We hope that the community comes together to participate because we as an agency cannot do this without everyone’s help and participation.

LG: Another question that our community has is, “If a person in special education or with a disability attends a program where they work a few hours per week, should we report that they are students or that they work?

LG: One last question. Are people who are living in temporary housing or facing a housing crisis counted? Where do they go to respond to the questionnaire?

KL: Great question. The Census is based on where we reside. We have a challenge in counting those facing a housing crisis, those who are homeless, and those living in cars. For these people, we will be working in conjunction with county Point in Count programs, as well as through the assistance of the community who can help us identify areas to count these residents.

LG: Perfect. Great information. Thank you, Karla, for your information and your time. If the community would like more information where can they go?

KL: On our website census.gov you can find lots of great information. You will soon be hearing information on the radio, TV, on social media, etc. but you can always contact the Census Bureau.

LG: You can also contact IRC at community@inlandrc.org or visit us online at inlandrc.org.