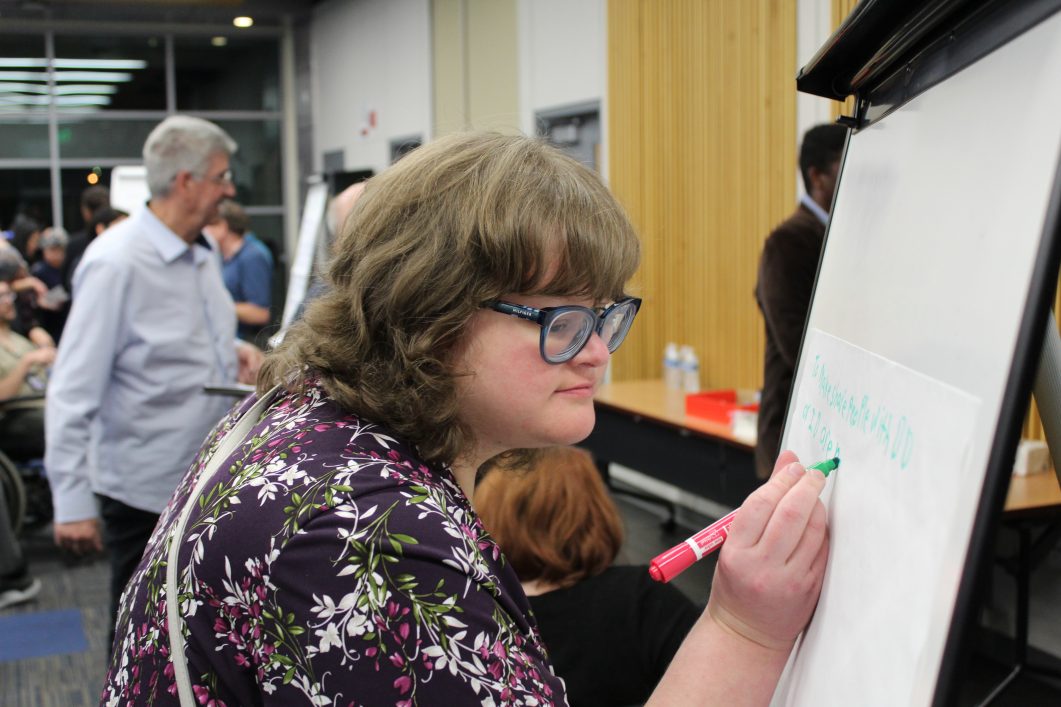 This content was shared with Inland Regional Center by the State Council On Developmental Disabilities. Members of IRC’s Community Engagement team, including two of our Consumer Advocates, attended the Federal Listening Session hosted by the Administration for Community Living on February 20. The session allowed people with disabilities and the agencies that serve them to discuss their concerns about disaster preparedness. Attendees even had a chance to brainstorm ideas that will be included in a nationwide report.

Community members including individuals with developmental disabilities and their family members gathered at San Bernardino Valley College last night to discuss how they have dealt with emergency situations including wildfires and active shooters and what resources they need. This event was hosted by the Administration on Community Living’s Office of Intellectual and Developmental Disabilities (OIDD) and the State Council on Developmental Disabilities (SCDD) to provide a forum where the federal representatives from the OIDD could collect stories and recommendations.

Prior to the listening session portion of the event, various government representatives and local leaders gave remarks, including:

The OIDD representatives asked attendees to share their experience regarding emergency preparedness, evacuation, and immediate needs.

Many of the attendees spoke about their experiences responding to recent emergencies and suggested ideas and plans for better and improved preparedness. Some of the ideas discussed were ensuring deaf and hard of hearing people are made aware of announcements, involving local media to spread the message of preparedness, and creating collaboration between local organizations. These ideas were later written down as recommendations for the OIDD to bring back to its federal partners.